Hostile Aggressive Parenting is described as a sequence of actions or behaviors on the part of one parent or guardian that interferes with or generates problems in a child’s or children’s connection with their other parent or guardian or other parent involved in supporting the kid. Hostile aggressive parenting may also include behavioral patterns that generate or maintain an unfair benefit in provisions for child custody or parenting.

Situations Where Aggressive Parenting can Occur

It is most normal when parents are married or separated, but it can also happen in circumstances where the family is intact, but where parents have significant disagreements in philosophy or manner of child-raising. It can also be directed at others who may be involved in the life of a child – such as grandparents, school teachers, childcare providers, and others-when a parent wants to push an unwarranted wedge between the child and these other people.

The Chances of Aggressive Hostile Parenting:

Those with characteristics of Hostile Aggressive Parenting:

Parents who are hostile aggressive children are going to:

How Family lawyer can be helpful? 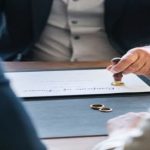 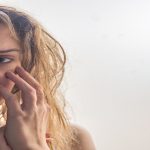