Generally speaking, we define domestic violence as when one person in a dating, marital, or in a live-in relationship takes power and authority over another. An important thing to note about this is that we’re talking about a repetitive behavior, that is, not just one incident. These behaviors can take various forms.

Domestic abuse can affect anyone regardless of age, gender, sexuality or social background. Many individuals consider physical violence when they hear the term “domestic violence”. However, if you suffer from physical, sexual, psychological or financial violence or are harassed, pressured or stalked by a present or ex-partner or near a family member, you are probably a victim of domestic abuse.

Physical abuse is the use of physical power against someone to harm or threaten that individual. Police have the authority and power to defend you against physical abuse.

The research found that males largely commit this violence and in the case of females, it is most probable to be self-defense against a violent male partner when they participate in this level of violence.

Emotional/psychological abuse occurs when one partner harms other’s feelings of mental well-being and health by repetitive behavior or words. It involves verbal abuse such as shouting, calling for names, blaming, and shaming. It often includes questioning your partner’s own wisdom.

Just because you don’t get beaten and injured doesn’t mean you don’t get abused. Emotional abuse is often, sadly, neglected or denied – even by the abused person.

Sexual abuse is a challenging aspect of domestic violence, both to discuss and realize at times. Since sex can be so charged with emotional and cultural risks, there are many ways in which the emotions around it can be used for power and control in a personal way.

Since abuse is about power and control, the person doing abuse will do everything necessary to keep that and can even use finances for that. Financial abuse is a type of domestic violence which is often unidentified, but very common. It happens when one partner controls the other partner’s financial independence and rights. 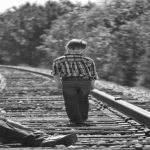 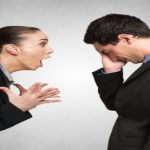 Male Side of Divorce