A civil law that offers security to women from men in a family. This law protects all females whether a woman is married or in a live-in relationship or living in a family such as sisters, mothers, etc. Under this law, females can request for protection from domestic violence, monetary compensation, the right to live in their shared home, and if they live apart, they will get maintenance from their offender.

Criminal law for stopping dowry in Indian society. According to this law, giving or taking dowry is a crime. If someone takes or gives dowry or even asking for the dowry, it can be punished either imprisonment of 6 months or fine up to Rs 5000.

Section 498A is a criminal law, which protects women from the cruelty of husband or relatives of the husband. Cruelty defines any behavior that leads a lady to commit suicide or serious injuries to her life or health which includes mental harassment in the name of dowry. If found guilty, this law permits offenders to be sent to prison for up to 3 years.

Most of the domestic violence cases are not reported in India but its high time to react before its too late. If anyone does not know how to deal with such situations can connect with a suitable lawyer, who can guide in such scenarios. 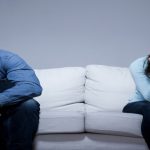 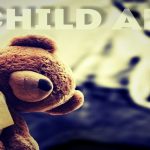 What is child abuse?